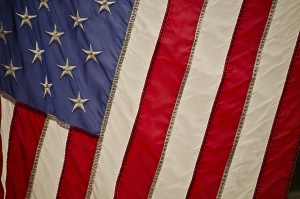 America is waking up to a new President-Elect. For many, the results of the election between businessman Donald J. Trump and Secretary Hillary Clinton are shocking, but they are only shocking if you haven’t been paying attention.

Sure, the polls had Secretary Clinton winning in several swing states and President-Elect Trump had virtually no newspaper endorsements or support from his own party, but this election wasn’t about politics. It was about marketing, specifically disruptive marketing.

What is disruptive marketing?

A disruptive company has one of two goals: design its product or service to match the demand of an emerging market, or re-shape an existing product or service to meet the demand of customers unsatisfied by the current offering. From this starting point, a marketing team designs an advertising campaign with disruptive messages that either challenge the conventional thinking in an existing market or speak to a new one.

For better or for worse, President-Elect Trump did just that; he took what was seen by many as a broken Republican Party platform and re-shaped it to meet the demand for a new direction. Then he created disruptive messages that literally challenged conventional thinking in virtually every level.

Disruptive marketing works because it grinds everything to a halt and forces people to take notice. And it works on every level – from the $15 Snuggie (a blanket with arms) to the $100k Tesla (the only continual production highway-capable electric car).

And, in the case of Election 2016, it worked again. Every time he said something – “Nasty, Nasty Woman,” “Bad Hombres,” “Build a wall,” etc. – it became a trending hashtag and was spread throughout the web by people on both sides of the election. To a certain extent, he had his competition working for him by spreading his quotes.

But it begs the question, is disruptive marketing a good thing?

President-Elect Trump’s disruptive campaign will be the true test on the effectiveness of the disruptive movement.

If he is successful as POTUS, it will show once and for all the benefits of being disruptive. If he isn’t, disruptive marketing will lose its appeal and be seen as a short-term solution with no long-term benefits.

NOTE: These settings will only apply to the browser and device you are currently using.

Google Analytics is a web analytics service offered by Google that tracks and reports website traffic. Google uses the data collected to track and monitor the use of our Service. This data is shared with other Google services. Google may use the collected data to contextualize and personalize the ads of its own advertising network.